Skip to content 3M Defective Combat Earplugs Lawsuit: Are You Eligible For Compensation?

Defective Combat Earplugs: Are You Eligible For Compensation? 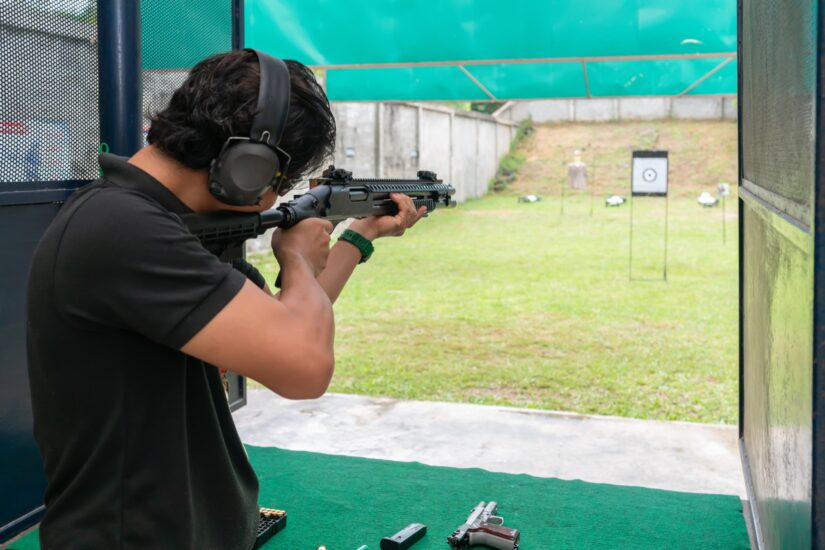 If you were a member of a United States military branch between 2003 and 2015 and believe you suffered hearing loss or ear damage during your service, you may be one of the many military servicemen and women eligible to file a lawsuit against 3M for knowingly selling defective dual-ended combat earplugs.

Many of the victims have reported symptoms such as tinnitus and hearing loss, among other ear-related injuries and damages, and previous rulings have found that 3M and a subsidiary, Aero Technologies, knowingly distributed these defective earplugs instead of instituting a recall and correcting the flaws.

This news can be extremely frustrating to those who have suffered ear- and hearing-related injuries during their time serving their country. But you may also take comfort in knowing there is a legal process available for you to seek compensation for damages you have suffered.

3M paid over $9 million in 2019 to settle a False Claims Act lawsuit brought by a whistleblower, and there are thousands of active lawsuits against the company in Florida and beyond.

Contact our firm today if you believe you are included in the thousands of military members who suffered damages as a result of 3M and Aero Technology’s reckless decision to continue to knowingly distribute flawed combat earplugs for over a decade.

We offer a free consultation and case evaluation to anyone who believes they suffered hearing or other ear damage due to using defective 3M combat earplugs. You deserve to be heard, and equally importantly, you deserve to be compensated for these avoidable injuries and the impacts they have had on your life. We will work with you to quantify these damages as we build a comprehensive legal case to ensure we can push back against the defense so you no longer need to take on the financial burdens of 3M’s reckless distribution of these products to the US military.

Read more below to get a better sense of what you can expect while working with a personal injury attorney from BK Law to get the money you deserve, and contact us as soon as possible to schedule your initial consultation. During our consultation, we will be able to go over the specific details of your experience and give you a better sense of how we can start helping you today.

The following are some of the most common injuries and symptoms that have been reported in previous lawsuits filed against both 3M and Aero Technologies for their defective dual-ended earplugs distributed between 2003 and 2015. Whether or not you see all of your injuries listed below, contact us as soon as possible so we can begin to formulate a case for you and start to fight for compensation for your suffering.

Tinnitus is a symptom of hearing damage that consists of a perceived ringing or buzzing in the ears. Between 15-20 percent of adults have some degree of tinnitus, and the symptom can be the result of a range of issues. If you developed tinnitus during the time you were using the defective 3M dual-sided earplugs, then you may have suffered hearing damage due to the defects, and are entitled to compensation accordingly.

Difficulty Hearing People From Close Up

If you find you have trouble hearing people who are close to you, especially if you never had this problem before using the defective 3M earplugs, then it is likely you have suffered from hearing loss as a result of your usage. These issues can be exasperated when there is background noise of any kind and can be extremely frustrating – especially if your hearing loss was the result of negligence on behalf of 3M as they distributed defective products to the US military.

Difficulty Understanding What People Are Saying

If people sound muffled or unclear when they are speaking, especially if they are not speaking directly towards you and projecting their voices, this may be another indication you have hearing loss. If this hearing loss seems to correspond with the time you were serving in the U.S. military and were using 3M’s dual-sided earplugs, then it may be that you suffered hearing damage because of these defects.

If we are able to establish plausibility that your hearing loss was the result of using these defective earplugs, then the next step is to calculate the damages you have suffered, and therefore the compensation you are deserved as a victim of 3M’s negligence. Compensatory damages are divided into two pieces: economic and non-economic damages. Each of these types of damages is equally important, although one is much more difficult to calculate than the other.

Economic damages are the easiest to calculate, because they seek compensation for damages that have measurable dollar values associated with them. These damages include things like your medical bills, loss of income due to your injuries, assistive devices you have purchased such as hearing aids, and more. There are many different economic damages that we will help you explore to ensure that we do not miss anything.

Non-economic damages are more complicated to reach a final damage amount for, simply because they seek monetary compensation for damages that do not have set dollar values associated with them.

These types of damages include things like the pain and suffering you may have endured from your ear damage, as well as the decrease in your quality of life once you began to suffer the effects of your hearing loss. As you can imagine, non-economic damages are much easier for the defense to push back on, simply because it is easier to question than a tangible bill or invoice. That said, the team at BK Law has years of experience fighting for the non-economic damages that our clients are rightfully owed, and we will be happy to take this fight to 3M and Aero Technologies on your behalf.