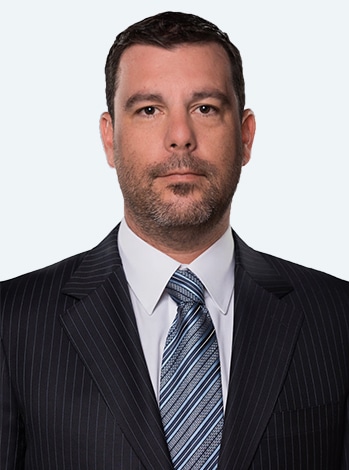 Walter Kelley is the managing partner of BK Law’s Massachusetts offices. Walter resides in Plymouth, Massachusetts with his wife Alicia and is the proud father of two beautiful daughters.

He has an exceptional amount of experience successfully advancing the best interests of his clients in high stakes and complex civil litigation matters involving serious personal injuries. Attorney Kelley is well respected both locally and nationally among the plaintiff’s bar and is highly regarded as one of the very best trial attorneys in the country by his peers.

A Few of Walter’s Recent Verdicts and Settlements

$3,600,000.00 Defective Products Liability Settlement on behalf of a patient who suffered catastrophic injuries as a result of cobalt poisoning from her total hip replacement device. Manufacturer of the device paid the settlement after protracted litigation. [Confidential]

$1,800,000.00 Wrongful Death Settlement on behalf of family of patient who died as a result of negligence by an Emergency Room Doctor at a community hospital. [Confidential]

$3,900,000.00 Defective Products Liability Settlement on behalf of a consumer who suffered serious injuries as a result of an over-the-counter health product. Manufacturer of the product paid the settlement without the need of protracted litigation.

$2,000,000.00 Construction Accident Settlement on behalf of a worker who became disabled as a result of a workplace accident. Insurer for the Company of negligent party paid the settlement. [Confidential]

$500,000.00 Dog Bite Settlement on behalf of a woman who was bit by her boyfriend’s dog. Boyfriend’s homeowner insurance policy issued their policy limits.

$1,000,000.00 Car Accident Settlement on behalf of driver who was seriously injured as a result of negligence by another driver in Massachusetts. Insurer for the negligent driver paid their policy limits after investigating the claim but prior to litigation. [Confidential]

Walter’s firm has been a national leader in defective hip implant litigations over the past decade. The firm continues to litigate cases across the country against all the major manufacturers. Many of the litigations they are handling do not involve recalled products or consolidated litigation. The firm has retained a stable of world-class experts who support them in cases often overlooked by other firms.

Walter was appointed to serve as co-lead counsel by the Honorable Indira Talwani in MDL No. 2768 – In Re Stryker LFIT V40 Femoral Head Products Liability Litigation. Attorney Kelley took a vanguard role in the developing Stryker LFIT V40 hip implant litigation. In this regard, his firm was among the first firms in the country to initiate lawsuits against Stryker alleging the company failed to adequately design and test their device to insure that it would not corrode, erode, deteriorate, fracture (disassociate) and induce severe metal ion poisoning in patients. In addition to leading the recently formed MDL, his firm is also aggressively litigating against Stryker in South Florida and Massachusetts state courts.

Walter leads a consortium of law firms in Massachusetts litigating individual products liability claims against Big Tobacco. The majority of their clients are victims of lung cancer after many years of a heavy smoking addiction. They became addicted with free sample packs of cigarettes they were given as children during the late 1950’s, 1960’s and 1970’s in greater Boston. Such techniques included handing out free samples of cigarettes in densely populated neighborhoods such as the Boston housing projects and the surrounding area. It was common practice throughout Boston for the cigarette companies to offer free sample packs of cigarettes (4 in a pack) to very young children on street corners, in parks, in schoolyards, at T-stations and outside of neighborhood variety stores.

Mr. Kelley was appointed to serve on the Plaintiffs’ Executive Committee (PEC) by the Honorable Dennis F. Saylor, IV in MDL No. 2657 – In Re Zofran (Ondansetron) Products Liability Litigation. The MDL was consolidated before Judge Saylor in Boston – USDC, District of Massachusetts. His firm represents families across the country against GlaxoSmithKline (GSK) related to their blockbuster anti-nausea drug Zofran and congenital birth defects alleged to have been caused by their fraudulent misrepresentations to prescribing physicians about the safety profile of this drug for pregnant women.

Walter was appointed to serve as co-lead counsel by the Honorable Maynard Kirpilani in the In Re: Consolidated Fresenius Dialysis Products Liability Litigation (MICV-2013-05050-C). As co-lead counsel responsible for over 8,000 claimants, he worked collaboratively to oversee what turned out to be one of the most complex mass tort litigations in recent history. The work product ultimately produced in that litigation has been described by many prolific mass tort attorneys as one of the best overall trial packages they have ever received.