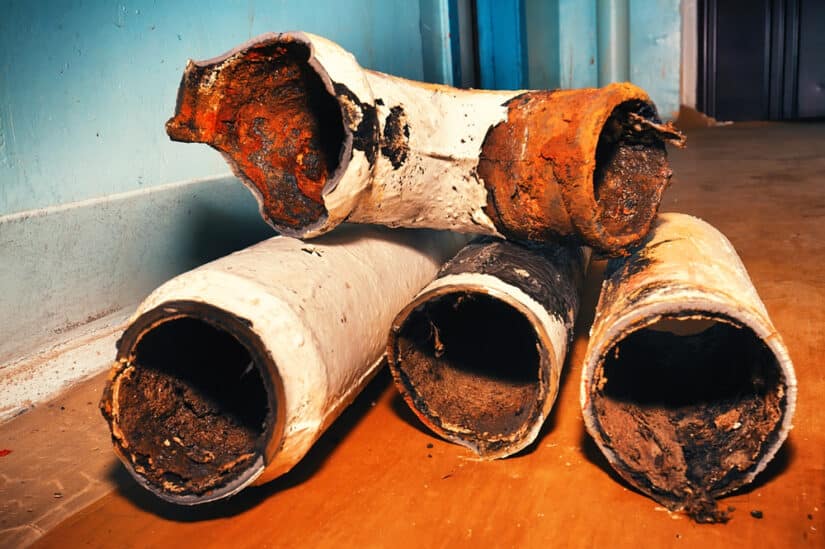 Did you know that a significant percentage of older homes in Florida (pre-1975) have cast iron pipes? Indeed, estimates suggest that as many as two million homes in the state currently have cast iron pipes. Unfortunately, these pipes could actually be a serious problem for the long-term health of your plumbing system. Corrosion and failure are major concerns with cast iron pipes. You may need to file an insurance claim for damage related to cast iron pipes.

At Bernheim Kelley Battista & Bliss, LLC, our cast iron claims lawyers are skilled, experienced, and result-driven advocates for clients. We know how to hold the big homeowner owners’ insurance companies accountable. If your home sustained damage related to a cast iron pipe failure, we are more than ready to help. To set up a free, fully confidential consultation with a home damage lawyer and water damage lawyer in Florida, please do not hesitate to contact us today.

An Overview of the Problem With Cast Iron Pipes

As described by About Mechanics, a cast iron pipe is a “metal pipe made by melting pig iron along with substantial quantities of scrap iron and metal and casting it in a mold.” Prior to 1975, cast iron was one of the most common materials used in plumbing systems in residential and commercial construction in Florida. Not only was cast iron a relatively inexpensive material, but there was a  myth that cast iron was highly durable and could last for up to 100 years.

Unfortunately, the reality has been far different. Cast iron is generally not used for pipes in Florida anymore—and has not been used for decades—because of its high propensity to corrode and even outright fail. Indeed, the cast iron that was commonly used in construction in Florida in pre-1975 homes has a major Achilles heel: it is at high risk for rusting and corrosion that can cause failure. A failed cast iron pipe can cause major water damage and even sewage backups.

How do cast iron pipes end up getting damaged? It can happen in a number of different ways. That being said, the core issue with cast iron pipes is generally corrosion. Pipes made from this material are at significant risk of corroding well before their supposed lifespan runs out. These failures can actually be divided into two broad categories:

Is Corrosion of Cast Iron Pipes a Common Problem?

Yes. The unfortunate reality is that cast iron pipes did not live up to the initial promises. The material is simply not as durable as it was believed to be by manufacturers and construction companies. That is the core reason why cast iron is no longer used as a material for plumbing systems. Corrosion of cast iron pipes is a significant and common problem—especially so in a warm weather climate such as Florida.

Identifying the Most Common Signs of Cast Iron Pipe Failure

Knowing that you have cast iron pipes in your home—and that they are at an especially high risk of wearing down and failing—can be stressful. However, there are some warning signs of cast iron pipe failure that you can identify so that the issue can be addressed before it becomes an even bigger problem. Here are seven of the most common signs that your cast iron pipes are corroding:

Of course, there can be other signs that there are problems with your cast iron pipes as well. All suspicions of potential issues with your plumbing system should be immediately followed up on. The sooner you take action to address problems with corroded or otherwise damaged cast iron pipes, the better position you will be in to protect your home or business.

What is the Cost of Replacement of Cast Iron Pipe?

The cost to repair and replace a cast iron pipe can vary widely depending on the nature of the damage and the extent of the problems and the solutions. There may be additional costs associated with water damage or sewage damage to your home or business. Regardless, there is no doubt that a cast iron pipe failure has the potential to be expensive. For this reason, it is crucial that homeowners in Florida are prepared to file a property damage claim with their insurance company so that they can obtain the maximum available financial support to help with the repair or replacement of their cast iron pipes.

Does it Take a Long Time to Replace a Cast Iron Plumbing System?

Yes. People end up having to move out of their home so the work can be performed promptly. Often the tear out of the old pipes is required and it can be a time consuming and a labor intensive job. The time it will take a plumber or contractor to complete the repair or replacement work will depend on many different factors.

What is covered (or not covered) by your homeowners’ insurance policy will depend entirely on the cause/nature of the damage and the terms of your policy. Cast iron pipe corrosion (and related damages) may or may not be covered by your policy. While that is a somewhat unsatisfying answer, you should schedule a free, confidential initial consultation with an experienced Florida cast iron pipe damage claims attorney. A lawyer will be able to review the specifics of your case—including the terms and conditions of your homeowners’ insurance policy—to determine what you need to do to secure the maximum benefits.

Why Would My Insurance Company Deny a Cast Iron Pipe Damage Claim?

Do I Have a Cast Iron Pipe Damage Lawsuit?

You might. If your insurance company acted in bad faith or wrongfully denied your claim, you have the right to hold them legally liable for your damages—and potentially additional bad faith damages. The insurance company does not get to make the final decision on your benefits in a disputed case. An experienced Florida property damage attorney can help you take action.

Why Should a Person Hire BK Law for a Cast Iron Claims Case?

A corroded or otherwise failed cast iron pipe can cause serious damage to your home or business. Property insurance exists to help homeowners and businesses when they need financial support the most. Unfortunately, dealing with an insurance company can be challenging to work with. At Bernheim Kelley Battista & Bliss, LLC, we are committed to helping our clients secure the full and proper benefits that they need to pay for repairs and cover property damage. Our team is proactive. Among other things, our Florida cast iron claims attorney is prepared to: