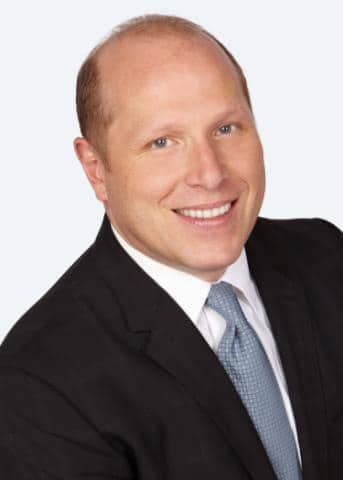 In 2009, Jeff DeCarlo was appointed by a federal court judge to a plaintiffs’ steering committee in a multi-district litigation proceeding regarding a dangerous product that was later voluntarily recalled off the market. In 2011, Jeff DeCarlo was admitted to the Million Dollar Advocates Forum and Multi-Million Dollar Advocates Forum, which are reserved for only a small percentage of attorneys who obtain multiple settlements or verdicts for their clients totaling millions of dollars or more.

Since 2012, Jeff DeCarlo has been rated AV Preeminent (Highest Competency and Ethics Rating from Martindale-Hubbell). Jeff DeCarlo has been a nationally recognized pharmaceutical and medical device injury lawyer since 2014 when he was admitted to the National Trial Lawyers: Top 100, which is an invitation-only organization composed of premier trial lawyers from each state or region.

In Jeff DeCarlo’s 27 years of practice, he has tried cases in federal and state courts throughout Florida, the NYSE, NASD, and the AAA. Mr. De Carlo has worked on cases resulting in significant verdicts and settlements throughout Florida and the nation.

Jeff DeCarlo considers it a privilege to represent the people, not the powerful.

He is ready to take your call.