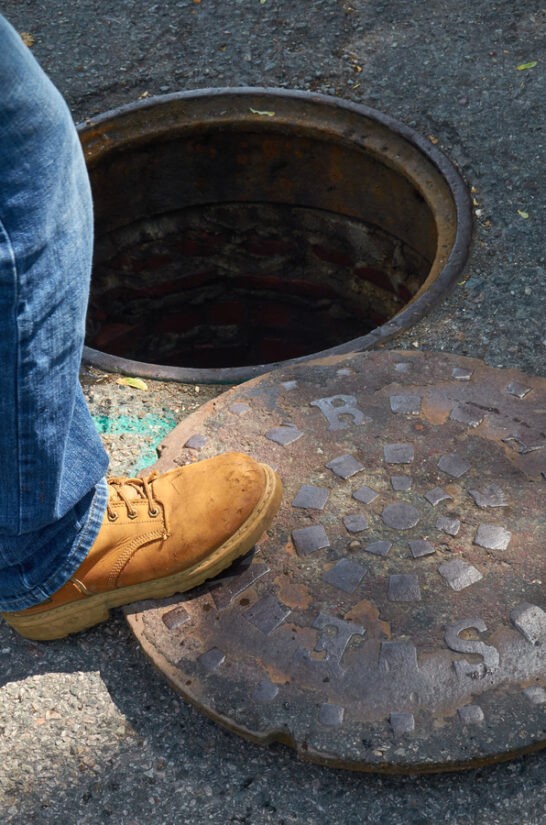 In an ideal world, when you visit someone’s business or home, you wouldn’t have to worry about loose stair railings, slippery floors, or other problems that would cause you to trip or fall and injure yourself.

However, here in the real world these things happen waaaay too often.

Trip and fall claims (usually called “slip and fall” claims) are the result of this kind of negligence causing injury. They are one of the most common forms of personal injury claims. Trip and fall injuries can cause some serious injuries, including:

Let’s take a quick look at six real-world trip and fall claims and see how you can know if you have a case. 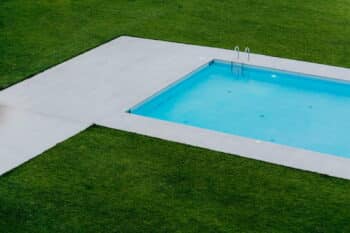 A 68-year-old woman, Ms. Gauthier, was walking around the pool deck at her apartment complex. The property owners had recently painted and stained the deck.

She slipped and fell. Her fall caused a rotator cuff tear that was so serious she had to undergo reconstructive surgery.

But Ms. Gautier was not the first person to have taken a tumble on this slippery surface. She argued that the deck should have been painted with nonslip paint to reduce the potential for injury, especially since there had been another fall on the surface before and the property owners knew that it was hazardous.

This case wasn’t settled but instead went to trial. The jury sided with the plaintiff in this case and agreed that the defendant should have done something about the slippery paint before the second fall occurred. They awarded her $168,742.

#2 Take Me to Church (And Then The Hospital)

A woman named Andrea Thompson sued the Diocese of Palm Beach due to an injury she suffered in 2009. She was walking outside of a church in Boca Raton when she fell and seriously damaged her knee.

Thompson had four surgeries on her knee, and the doctors said that she would require two knee replacements. She sued the church, the general contractor, and the subcontractor.

The subcontractor settled before the trial. The church and the general contractor were willing to settle for $500,000, but Thompson declined and the case ended up going to trial.

They took responsibility and the plaintiff was ultimately awarded $2,500,000 for her injuries.

While boarding a cruise ship in Florida, Mr. Lee tripped and fell, causing a serious injury to his quadriceps muscle.

Lee claimed that the gangplank that led onto the ship was too steep and that it caused the fall. The defendant said that the plaintiff was not using proper care when boarding the ship.

This case was settled before going to trial, and the plaintiff received $75,000. Because there was no surgery involved, the settlement was lower than what it would have been if the plaintiff had required surgery. 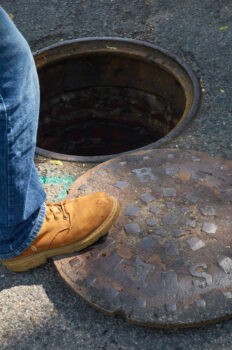 When you picture someone falling down a manhole, you likely picture a cartoon, not real life. However, it can and does happen, and the results can be catastrophic.

A medical student studying at the University of Pennsylvania fell through an open manhole and suffered serious injuries to his spine that put an end to his education and his career.

Trigen-Philadelphia Energy Corporation was responsible for the manhole. They were aware that homeless people in the area would remove manhole covers and go underground to find shelter. Yet they didn’t do anything to remedy the problem.

The student ended up receiving an award for $18 million. Ultimately, they were found 99.99% liable for the injuries, which was why the award was so high.

#5 An Inconvenient Trip to the Convenience Store

Annette Ritzman of Virginia was taking a trip to the local convenience store, Miller Mart. What she didn’t know was that the parking lot had algae growing on its surface.

None of the customers knew about the slippery parking lot because the store did not put up signs or warn their customers.

The woman fell hard enough that she lost consciousness and suffered a brain injury because of it.

This case was settled for $12.2 million, which is one of the largest amounts for a trip and fall claim. 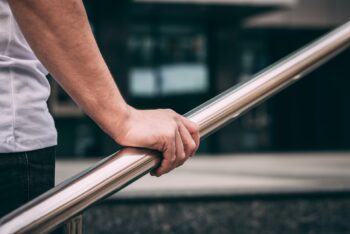 #6 Falling on the Stairs in the Windy City

A 48-year-old woman was walking on the stairs of her Section 8 housing building in Chicago when she fell and was injured. The stairwell did not have lighting, the handrail was missing, the garbage was strewn on the steps. Initially, the woman was offered around half a million to settle her case.

However, the attorneys ended up taking the case all the way to a hearing, and the award ended up being $2.5 million. This case shows that sometimes, threatening a trial rather than taking an initial settlement offer is the best decision.

Do You Have a Trip and Fall Case?

Contact BK Law today for a free consultation if you have been injured in a slip and fall/trip and fall accident. We’ll talk about the injuries you have sustained, the impacts these injuries have had on your life, and how we can help you move forward with your case.

Looking for an expert slip and fall lawyer? Our firm has a history of success and is here to assist with the insurance claims process, settlement negotiations, and will be ready to take your case to the Florida courts if necessary.

We represent all clients on a contingent fee basis, meaning you pay no out-of-pocket fees or costs unless we successfully resolve your claim. Get in touch with us today.