Odds of Dying in a Car Crash

In 1972, 54,589 people were killed in motor vehicle collisions in the United States. The highest number in any one year in the history of our country. For several decades, highway safety gradually improved. In 2014, car accident deaths hit a six-decade low. Sadly, the trend has been reversed. The National Highway Traffic Safety Administration (NHTSA) reports that car accident deaths hit a sixteen-year high in 2021.

This raises an important question: What are the odds of dying in a car accident? The answer depends on many different factors, including how much you drive and how safely you drive. That being said, approximately 1% of all deaths in the U.S. happen in car crashes. Here, our Fort Lauderdale car accident lawyer provides a comprehensive overview of your odds of being killed in an accident.

Know the Data: Odds of Being Killed in a Car Accident

In 2021, NHTSA reported that an estimated 42,915 were killed in motor vehicle collisions nationwide. It was one of the worst years for highway safety in two decades. The Provisional Mortality report from the Centers for Disease Control and Prevention (CDC) finds that nearly 3.5 million total deaths were reported in the U.S. in 2021. This means that 1.21% of all deaths reported in the United States last year happened in car crashes.

The data for 2021 is relatively similar to the data for other years. Motor vehicle collisions typically account for somewhere between 0.9% and 1.25% of U.S. deaths. In other words, a car accident will be the eventual cause of death for approximately 1% of people nationwide. The lifetime risk of car accident death for the average American is around 1%.

Not everyone is equally likely to be involved in a serious car accident. While the lifetime risk of car accident death for the average person in the United States is around 1%, each person’s individual risk varies widely depending on their lifestyle. Here is an overview of the key factors that affect your risk of being killed in a car accident.

What Percentage of Car Accidents are Fatal?

The vast majority of car accidents do not result in fatalities. While the data is a little bit murky as many minor crashes are not properly reported, an estimated 13 million crashes happen nationwide each year. A little less than 40,000 fatal motor vehicle accidents happened in 2021. Taken together, this means that approximately 1 in 300 car accidents lead to fatalities. Still, with car accidents happening as frequently as they do, that is a lot of lives ruined each year.

What are the Odds of Dying in a Car Crash in a Given Year?

The lifetime risk of being killed in a car accident for the average American is slightly higher than 1%. The average life expectancy in the United States is around 78 years old. This means that the odds that the average person in the United States will be killed in a car accident in any given year is around 1 in 750. Undoubtedly, that number is a lot higher than most people are comfortable with. Remember, the risk varies by person. There are proactive steps you can take to reduce your risk. Safe and defective driving habits make a big difference.

What are the Odds of Being Injured in an Auto Accident?

The odds of being injured in a crash are a lot higher than the odds of being killed in a crash. More than 2.2 million people were injured in car crashes in the United States in 2021 alone. This means that approximately 1 in 130 people nationwide are required to seek medical attention for a car accident injury in any given year. Of course, your individual risk varies based on many factors. If you were injured in a crash, you should consult with an attorney for a car accident.

What are the Most Common Injuries Caused by Car Accidents?

The thing you can do to avoid your risk of being killed in a car accident is to practice safe driving behaviors. Here are three tips for avoiding auto accidents in South Florida: 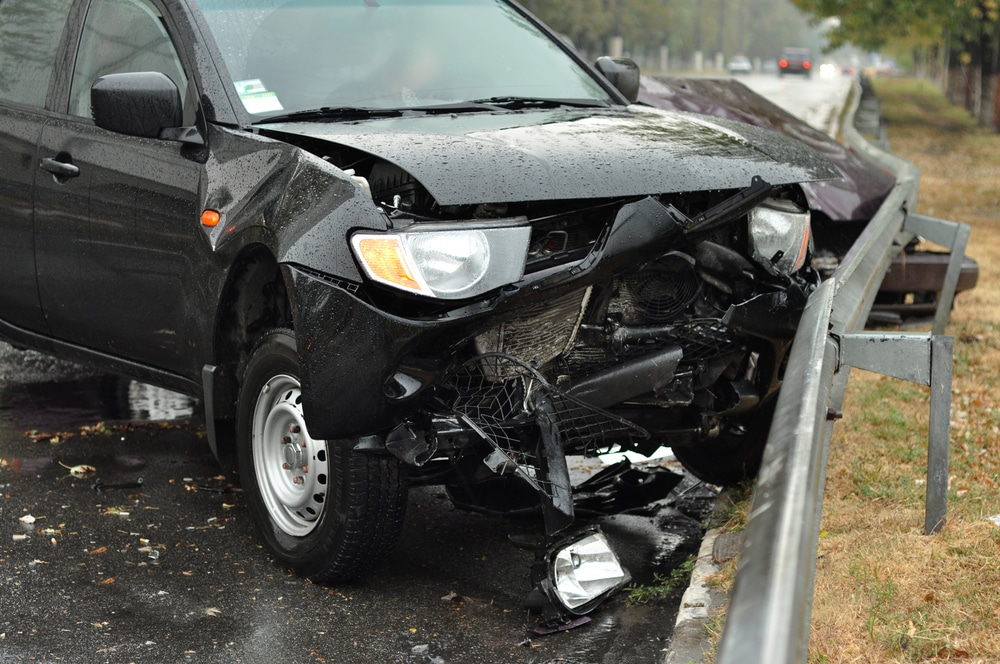 How does the lifetime risk of being killed in a motor vehicle crash in the United States compare to other lifetime risks? Here is an overview of some other notable risk factors:

Digging Deeper Into the Data: Odds of Dying in a Car Crash by Age and Gender

As noted previously, the car accident fatality risk rate is not the same for everyone. There are some key demographic factors that impact the risk of being involved in a deadly crash:

Car accident fatality rates vary substantially by state. So which states have the highest and lowest risk? Here is an overview of the best and worst performing states in 2020 from the Insurance Institute for Highway Safety (IIHS):

The car accident claims process is complicated. It is normal to have a lot of questions and concerns after a serious accident. At Bernheim Kelley Battista & Bliss, LLC, we are devoted to protecting the rights and interests of people and families dealing with the aftermath of a serious crash. More specifically, our Fort Lauderdale car accident lawyers are ready to:

At Bernheim Kelley Battista & Bliss, LLC, our Fort Lauderdale auto accident lawyers have a proven record of success across a wide range of motor vehicle accident claims. We also have experience handling wrongful death claims. Contact us today to set up your free, fully private consultation. Our firm handles personal injury and wrongful death claims in Fort Lauderdale, Broward County, and throughout the surrounding region in South Florida.