Skip to content Head on Collisions: Why Hiring The Right Lawyer Makes All The Difference

Head on Collisions: Why Hiring The Right Lawyer Makes All The Difference 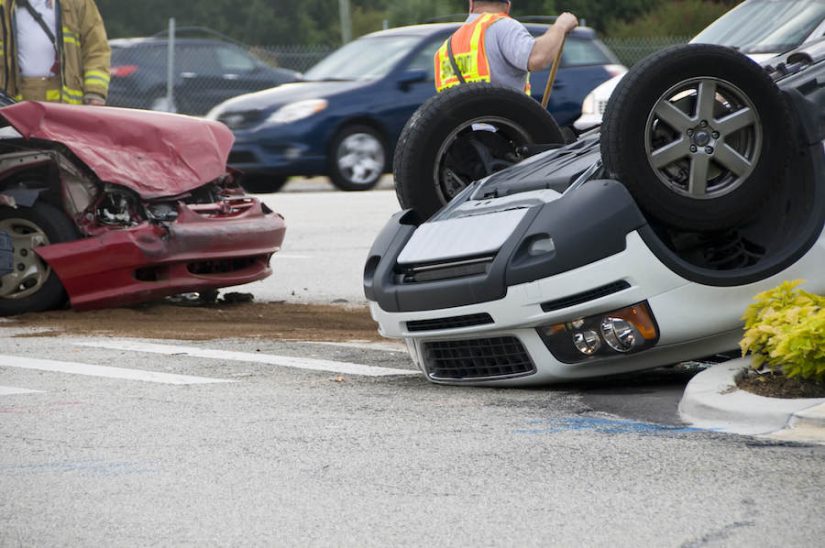 All auto accidents have the potential to be dangerous, but an accident involving a head-on collision is one of the most dangerous. It can result in severe injuries or even death.

A head-on collision means that one of the drivers was out of their lane, which means that there could be other factors involved in the collision that makes the situation even worse.

Whatever the cause, it is clear that anyone involved in such an accident will have serious expenses that need to be taken care of.

The victim of a head-on collision is entitled to receive compensation from the insurance company of the driver who caused the accident, but they will need the help of an experienced attorney. At BK Law, we are a team of attorneys with decades of experience helping accident victims in Fort Lauderdale and all over Florida.

We can help you file a personal injury claim against the responsible driver’s insurance company. We can also negotiate with the insurance company to make sure that you get a fair settlement. So contact us to get the help you need if you have been in a head-on collision in Fort Lauderdale.

Why Head-On Collisions Are So Dangerous

In a head-on collision, the force of the impact is far greater than in other types of collisions because the cars involved are each headed in opposite directions. That means it is like each car is driving full speed into a brick wall. The extreme and sudden deceleration can have catastrophic consequences for the people in each vehicle even if the cars have the latest safety equipment.

Broken bones, internal injuries, spinal cord damage, and traumatic brain injuries are some of the consequences of a head-on collision. They can lead to permanent injury, scarring, disfigurement, paralysis, and even death. The statistics indicate just how dangerous head-on collisions can be because even though they only account for 2% of auto accidents, they account for 10% of fatalities. Also, frontal collisions accounted for nearly 60% of all deaths in 2018 alone. That is a sobering indicator of just why head-on collisions are so dangerous.

One of the reasons why head-on collisions are relatively rare is that they tend to happen when a driver wanders out of their lane into the oncoming lane. However, most roads are multi-lane systems with a divider separating them, but head-on collisions can happen on other roads and when they do, it is because of a variety of different reasons.

Driving in The Wrong Direction – Sometimes a driver may be unfamiliar with an area and may not realize that a street is one way. Needless to say, heading the wrong way down a one-way street increases the chance of a head-on collision. The same goes for going in the wrong direction on an on or off-ramp to a highway.

Driving While Intoxicated – Driving while under the influence of drugs or alcohol can cause a wide range of problems. Blurred vision and poor judgment are among those problems and they can each lead to the driver drifting out of their lane into oncoming traffic.

Driving While Drowsy – When a driver is tired and fatigued, it is easy for them to nod off and drift into the opposite lane.

Driving While Distracted – This is another kind of behavior that can cause a wide variety of problems  – drifting into oncoming traffic is just one of them.

Speeding – When someone drives too quickly, it is easy for them to lose control of their vehicle and swerve into an oncoming lane. The high speed of the vehicle can make any potential head-on collision even more dangerous.

A Previous Accident – In some cases, an accident in their own lane can propel a driver into oncoming traffic. If they get sideswiped by another vehicle or if they swerve to avoid an accident in front of them, they can end up in the opposite lane and in the path of an approaching vehicle.

Do You Need a Lawyer For a Head-On Collision Accident?

Since head-on collisions cause so much damage, the compensation needed to cover all the expenses is likely to be quite high. Insurance companies will be reluctant to pay out a high settlement, meaning that negotiations with them are likely to be fraught since they will make counteroffers that are lower than what the victim needs. A lawyer can negotiate with the insurance company to ensure that their client gets the settlement offer that they need and deserve.

There is also the matter of fault. Even though fault in a head-on collision is usually easy to determine since it is the vehicle that was traveling in the wrong direction that is usually responsible for the accident, attorneys and insurance companies will often dispute who was at fault for the collision. They will try to pin some of the blame onto the driver that was traveling in the right direction so that they do not have to pay out the full settlement amount, which as mentioned in the previous paragraph, is likely to be very high. An experienced attorney can help to gather evidence and prove who was really responsible for the head-on collision.

We Can Help Victims of Head-On Collisions in Fort Lauderdale