Skip to content Do You Need A Lawyer After Being Injured In A Scooter Accident?

Do You Need A Lawyer After Being Injured In A Scooter Accident? 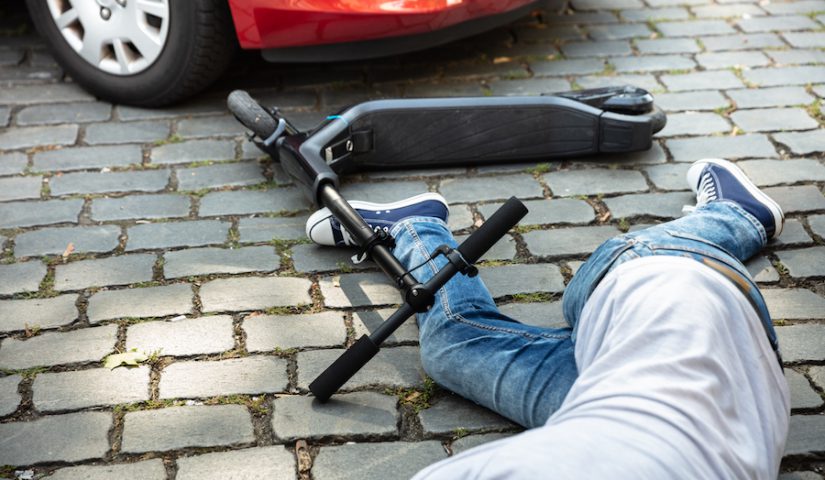 Motorized scooters don’t go as fast as motorcycles, but they typically must obey the same traffic laws.

Scooter safety laws also require scooter operators to wear a helmet and have a valid driver’s license (or permit).

In many places in Florida, motorized scooters may not be operated at a speed exceeding 20 miles per hour.

But there is still one big difference between motorcycles and motor scooters. While scooters neither travel as fast nor weigh as much as motorcycles, there are nearly as many scooter accidents that result in personal injuries as there are motorcycle crashes.

Scooters Are Popular, So Accidents are Common

A study published in the American Journal of Otolaryngology analyzed records in the Consumer Product Safety Commission’s National Electronic Injury Surveillance System between 2008 and 2017 to determine the types and frequency of head and facial injuries resulting from motorized scooters. The system collates data from about 100 participating hospitals, which is then extrapolated to provide national estimates on injuries related to consumer products.

The researchers found that over the decade studied, emergency departments recorded 990 head or facial injuries sustained from electric scooter use — or 32,000 estimated injuries nationwide. The incidences tripled annually from an estimated 2,325 nationwide in 2008 to an estimated 6,947 in 2017.

If you or a loved one has sustained an injury due to a scooter accident, allow us to determine if a product liability or other issue played a role in your accident. Contact BK Law today for more information.