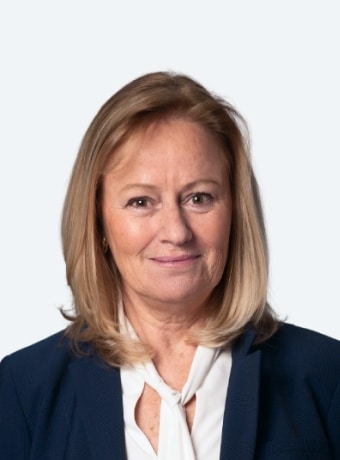 Sheila Mone lives in Mashpee, MA and manages BK Law’s Cape Cod office. She prosecutes serious personal injury and medical malpractice claims. Sheila has focused her entire 25+ year career on fighting for seriously injured clients and their families in courtrooms across Massachusetts. Her longstanding track record of success speaks for itself.  Sheila has recovered over $100 million through verdicts and settlements on behalf of personal injury clients.  Attorney Mone has earned her reputation as one of the top personal injury attorneys in Massachusetts.

Sheila prides herself on maximizing settlement offers to her clients by working up every single case she handles as if it will someday be tried before a jury. This early preparation gives her the leverage she needs to expedite fair settlement offers when they get to the negotiating table.

Some of Attorney Mone’s Results

$2,000,000.00 – Medical Malpractice Settlement – Breast Cancer Delayed Diagnosis on behalf of a University student treated at the University’s medical clinic.  The laboratory and university paid the settlement at mediation after two plus years of litigation.

$20,000,000.00 – Wrongful Death Settlement – Four family members and claims for serious personal injury on behalf of two survivors.  A large 10-wheel tractor truck slammed into our clients’ vehicle causing both vehicles to crash into another oncoming car.  Because of a prompt and thorough investigation we were able to establish that the truck driver and the trucking company who employed him had both violated several safety regulations.

$1,200,000.00 – Medical Malpractice Arbitration – Shoulder Dystocia Birth Injury due to medical negligence of the Midwife and Hospital Nurse.  We won the case after several days of presenting evidence at a binding arbitration.

CONFIDENTIAL – Medical Malpractice Settlement – Shoulder Dystocia Birth Injury due to negligence of the midwife and nurse on behalf of the minor child and his parents.  The child suffered severe and permanent injury.  The case was settled at mediation.

CONFIDENTIAL – Medical Malpractice – Breast Cancer Delayed Diagnosis on behalf of patient for failure to biopsy resulting in a lost chance of cure and reduced chance of survival.  Patient presented with a suspicious lump and was sent home.  Several months later the lump was biopsied and found to be cancerous.   Case settled after mediation.

CONFIDENTIAL – Wrongful Death on behalf of a husband of a 71-year old patient who died as a result of the failure to respond to heart rate monitor by nursing staff at local hospital.  Case settled after mediation.