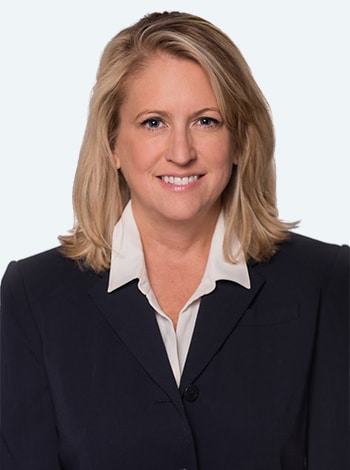 At Bernheim Kelley Battista & Bliss, Paula serves as of counsel

Paula Bliss has devoted her entire legal career representing people in state and federal courts throughout the country, mostly concentrating on those injured by pharmaceutical drugs that have been inadequately tested and labeled. At Bernheim Kelley Battista and Bliss, Paula helps to manage the firm’s Mass-Tort department where she has been successfully representing thousands of plaintiffs around the country in product liability lawsuits against drug and medical device manufacturers as well as tobacco companies who have targeted children with their deadly and dangerous products.

Paula has always felt passionate about giving a voice to and finding justice for those who have been harmed by large multi-million-dollar companies. Her career began by representing hundreds of women who were seriously injured by a diet drug “fen-phen.” Most of these women took the product to lose weight but without knowing what the company knew, caused a serious and deadly disease that took many lives. She fought for these women in trials and settlement negotiations with focus and tenacity to assure the manufacturers were held accountable. In addition to fen-phen, Paula represented hundreds of women and children who suffered devasting strokes after taking an over the counter cold medication (which is no longer on the market).

Paula has been involved in leading national mass-tort litigations involving hundreds and thousands of Americans injured by defective products like breast implants, hormone replacement therapy for menopausal women that caused breast cancer, birth control pills that caused strokes, dialysis products that caused cardiac arrest, defective hip replacements, and other medications that have hidden and failed to warn patients of dangerous side effects.

Paula is currently leading the charge against tobacco companies in Massachusetts for targeting children in the 1960s, 1970s and 1980s with free samples of cigarettes in effort to get them hooked. She has tried a number of jury trials and just recently secured a verdict of $21 million for a local woman who lost her husband to cigarette related disease years after being handed cigarettes at the age of 12. Paula is also managing the firm’s litigation involving the lawncare product Roundup which has been shown to cause Non-Hodgkins lymphoma. She is representing hundreds of unsuspecting victims of this product in courts all over the country.

Finally, Paula has successfully represented and continues to represent multiple plaintiffs in medical malpractice cases and other defective product cases when consumers have been injured by failures in treatment and/or warning of serious side effects.

Paula earned a Bachelor of Science degree from the University of Massachusetts in Amherst. Shortly after graduation, Paula opened and operated several restaurants before deciding that law was her real passion. In 2001 she earned her law degree from Northeastern University School of Law. During law school, she interned with the late Chief Justice Ralph Gants while he was a judge of the Massachusetts Superior Court.

She is a member of many national and local bar associations, many of which focus on the advancement of efficiency in the trial courts and women in leadership. In her spare time, she has volunteered as a coach for a local high school’s mock trial team, volunteered to help high school students with college essays. Her favorite spare time activity, however, is spending time with her teenage twins, guiding and watching them become caring and productive members of our community.