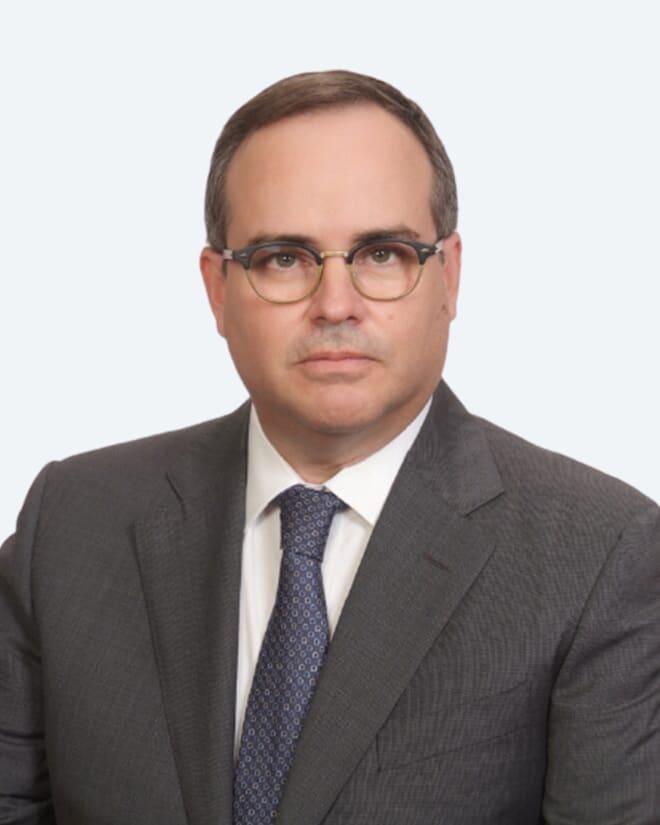 Orlando Murillo manages the firm’s workers’ compensation department from the Miami office. He has been practicing law for two decades, beginning his legal career in 2001. Orlando has specialized in representing injured workers exclusively since 2004 and has extensive experience and knowledge in litigating all stages of a workers’ compensation claim, including highly contested evidentiary hearings, controverted/denied claims, and trial.

Prior to joining the firm, Orlando worked at two prominent South Florida personal injury law firms where he gained a vast array of litigation experience by representing thousands of injured workers against large corporations, employers, and their workers’ compensation insurance carriers.

In 2013, he founded his own practice and continued aggressively and zealously representing injured workers and individuals injured due to the negligence of others before joining the firm of Bernheim Kelley Bautista & Bliss in 2021, to manage the workers’ compensation department.

Orlando believes that in addition to aggressive advocacy and litigation, it is also critically important to maintain direct, frequent, and open communication with his clients. This is important not only to prepare clients for the various issues and disputes that arise during a workers’ compensation claim, but to also educate his clients so that they have a full understanding of their rights under Florida’s complicated workers’ compensation laws. This approach is what allows clients to make educated and informed decisions about their claim.

Orlando is a member of Florida Workers’ Advocates, an organization devoted to promoting and protecting the rights of injured workers. He is fluent in speaking and writing Spanish.

SOME OF ATTORNEY MURILLO’S RESULTS

Obtained permanent total disability (PTD) benefits in a workers’ compensation claim involving AIG Property & Casualty Company as the insurance carrier. Carrier initially denied payment of PTD benefits. After extensive litigation including an independent medical evaluation and a vocational rehabilitation evaluation that were obtained for the claimant, the carrier rescinded its denial and stipulated to payment of PTD benefits shortly before trial.

Obtained compensability of a workers’ compensation claim that had been denied in its entirety by the insurance carrier, NorGuard Insurance Company. After prevailing at final hearing, the claimant went on to receive authorized medical care with an orthopedic knee specialist, physical therapy, indemnity benefits, and a favorable settlement under confidential terms favorable to the Claimant upon conclusion of his medical care.

Obtained authorization of ongoing medical care for a workers’ compensation claim after ongoing medical treatment for claimant’s wrist/hand had been denied pursuant to the doctrine of major contributing cause by the insurance carrier, Zenith Insurance Company. After prevailing at final hearing, the claimant went on to receive additional medical care with an orthopedic hand specialist, and a settlement under confidential terms favorable to the claimant, upon the conclusion of his medical care.

Obtained payment of indemnity benefits, authorization of medical care including knee surgery, and payment of various hospital bills shortly before trial for a workers’ compensation claim that was denied in its entirety due to the assertion of fraud by the insurance carrier, Travelers Insurance Company. Eventually a settlement was achieved under confidential terms favorable to the claimant, upon the conclusion of his medical care.